Explained: The Reason Behind Different Colors Of Neptune And Uranus Despite Them Having Similar Sizes, Masses, and Atmospheric Compositions 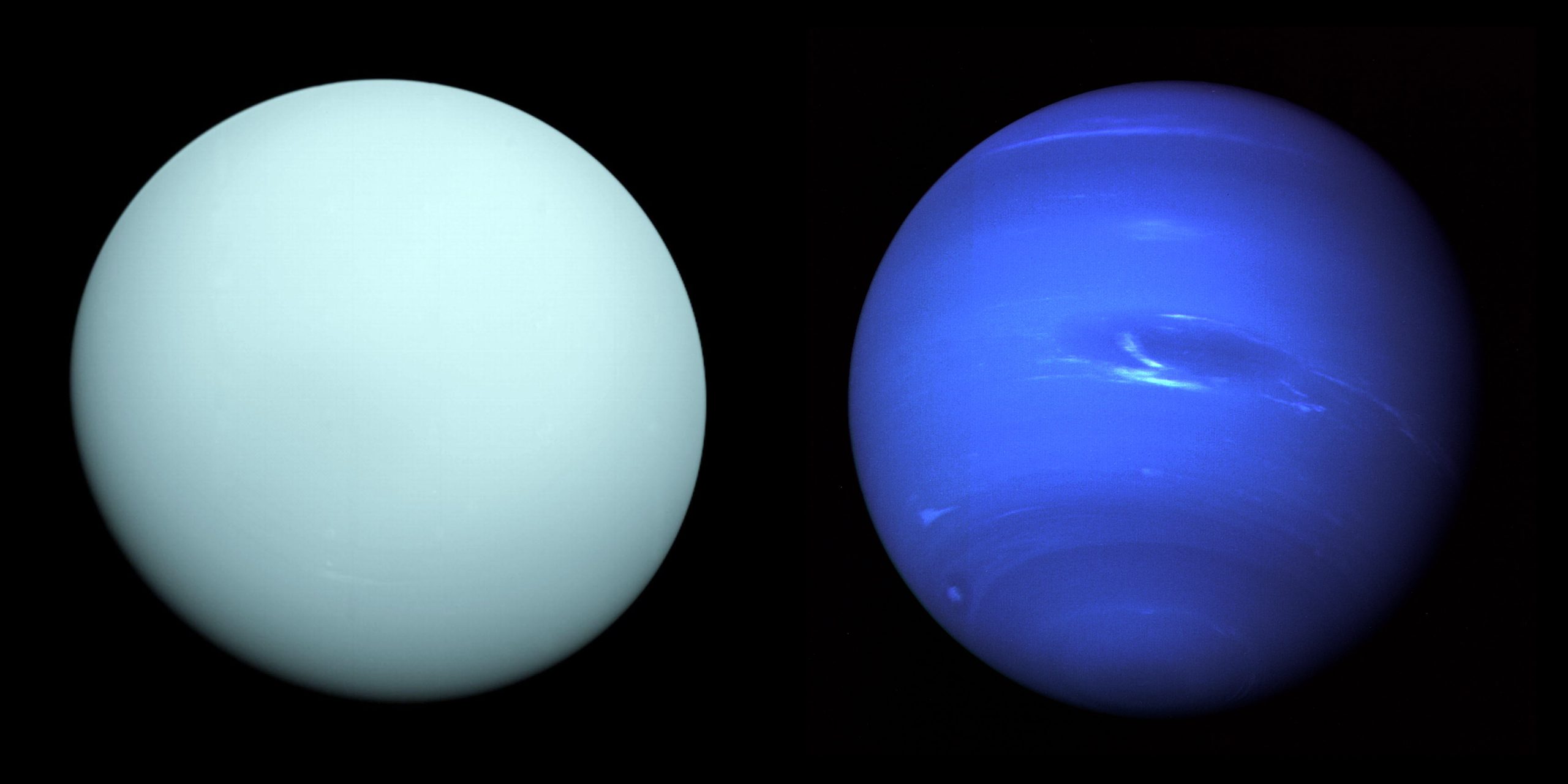 Neptune and Uranus have much in common — they have similar masses, sizes, and atmospheric compositions — yet their appearances are in different shades of blue. At visible wavelengths, Neptune is a rich, deep azure hue, while Uranus is a distinctly pale shade of cyan. Astronomers now have an explanation for why the two planets are of different colors.

Neptune and Uranus are so similar that scientists sometimes refer to the distant, icy planets as planetary twins.

How Did Scientists Become Able To Do That?

1/ Using observations from the @HUBBLE_space , as well as @GeminiObs & the NASA Infrared Telescope Facility, researchers explain why Uranus and Neptune are different colours 🔗 https://t.co/FyHC9uNlFl pic.twitter.com/72u0VKwCB5

Astronomers used the Gemini North telescope and NASA Infrared Telescope Facility, both in Hawaii, and the Hubble Space Telescope to create a model, that they were not able to build before.

So Why Does This Difference In Colors Exist?

The scientists determined that an excess of haze builds up in Uranus’ atmosphere, which gives it a lighter appearance. This haze is thicker on Uranus than a similar atmospheric layer on Neptune, so it whitens the appearance of Uranus from our perspective.

Without this haze in either planetary atmosphere, astronomers believe both planets would be almost identically blue.

Why This Difference Had Not Been Explained so far?

“It’s also the first [study] to explain the difference in visible color between Uranus and Neptune,” lead author Patrick Irwin, a planetary physics professor at Oxford University, said in a statement.

One reason why this difference had not been explained so far was the absence of similar data for comparison. Previous studies of the spectrum of each planet concentrated on individual wavelength regions. In the new comparison, researchers have developed a single atmospheric model that matches observations of both planets.

Who Is Behind This New Discovery?

This conclusion comes from a model that an international team led by Patrick Irwin, Professor of Planetary Physics at Oxford University, developed to describe aerosol layers in the atmospheres of Neptune and Uranus.