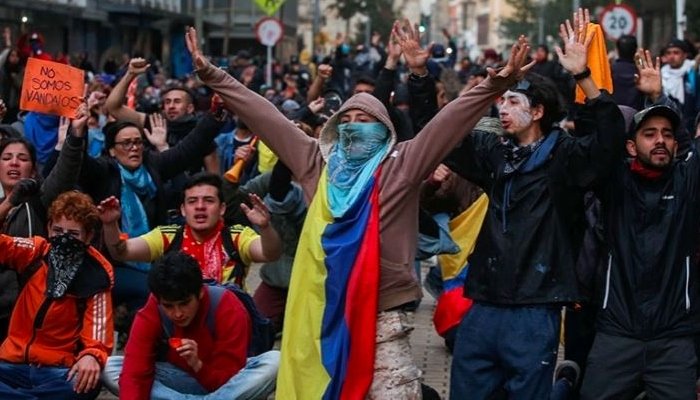 As the violence in Columbia erupted during anti-government protests, the international community condemned the use of force by security officers in the region, which resulted in many deaths over the last few days.

The United Nations, the United States, the European Union, and human rights organizations have joined the voice of condemnation after official reports revealed that 19 people were killed and 846 were wounded in ongoing clashes with security forces.

According to Colombia’s human rights ombudsman, a federal body independent of the army, 89 people have “disappeared.”

Protesters blocked roads in many areas of the country on Tuesday, coinciding with new protests in the capital, Bogota, and Cali, in the country’s west.

The Ministry of Defense has mobilized 47,500 uniformed personnel across the region. 700 troops, 500 riot police officers, 1,800 other police officers, and two helicopters have been deployed in Cali alone.

The United Nations has called for peace ahead of new protests scheduled for Wednesday, arguing that security forces can only use weapons as a last resort when faced with a potential threat of death or serious injury.

The anti-government protests come at a moment when many people are in economic despair, exacerbated by the global health crisis.

Colombia’s GDP shrank 6.8 percent in 2020, the lowest result in half a century, and unemployment peaked at 16.8 percent in March.

According to government statistics, almost half of the world is impoverished.