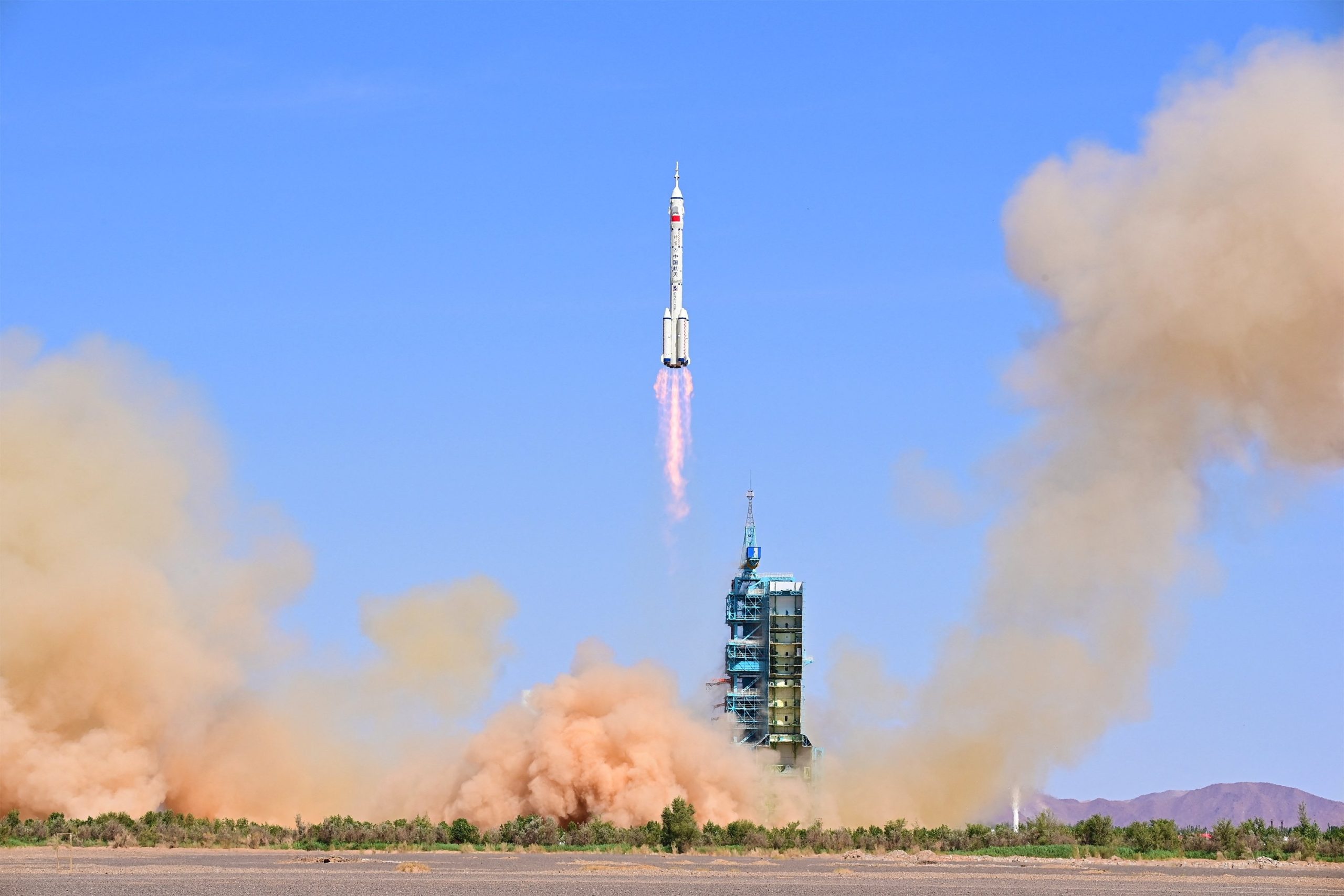 China on Sunday launched its three-person crewed spaceship #Shenzhou14 for a six-month mission to complete the construction of the #Tiangong space station🎉🎉🎉 pic.twitter.com/ioHmnPpfL8

Tiangong is a space station being constructed by China in low Earth orbit between 340 and 450 km (210 and 280 mi) above the surface. Being China’s first long-term space station, it is the goal of the “Third Step” of the China Manned Space Program. Once completed, Tiangong will have a mass between 80 and 100 t (180,000 and 220,000 lb.), roughly one-fifth the mass of the International Space Station. Its core module was launched in April 2021.

What Is The Objective Of This Launch?

The main objective of this launch is to oversee the addition of two laboratory modules, named Wentian and Mengtian, to the main living space- Tiangong.

Crew Of The Mission

The ‘Shenzhou 14’ mission consists of three members, including Commander Chen Dong and fellow astronauts Liu Yang and Cai Xuzhe. Chen, 43, was also a member of the Shenzhou 11 mission in 2016. While Liu, 43, is also a space veteran and was China’s first female astronaut to reach space aboard the Shenzhou 9 mission in 2012. Cai, 46, is making his first space trip.

What Does The Addition Of Two New Modules Will Accomplish?

First Time The Station Will House 6 People At A Time

Chen, Liu, and Cai will be joined at the end of their mission for three to five days by the crew of the upcoming Shenzhou 15, marking the first time the station will have had six people aboard.

China’s space program launched its first astronaut into orbit in 2003, making it only the third country to do so on its own after the former Soviet Union and the U.S. It has landed robot rovers on the moon and placed one on Mars last year. China has also returned lunar samples and officials have discussed a possible crewed mission to the moon.

China’s space program is run by the ruling Communist Party’s military wing, the People’s Liberation Army, prompting the U.S. to exclude it from the International Space Station.