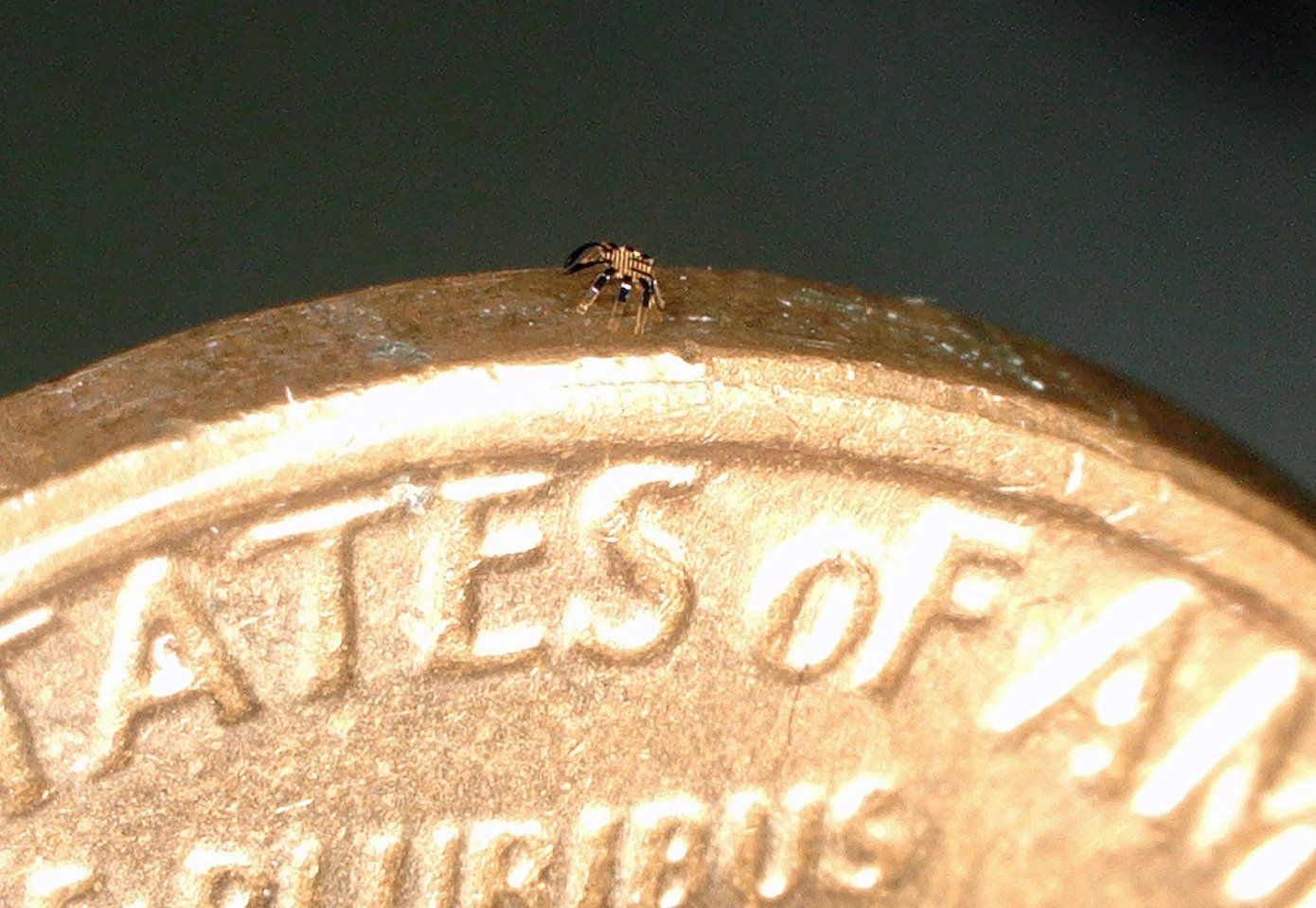 Engineers at Northwestern University in Evanston, Illinois, invented the world’s smallest remote-controlled walking robot, according to research published in the journal Science Robotics.  It’s so small that it can crawl along the edge of a penny. Made of an elastic shape-memory alloy, the crab-shaped robot includes no hardware or electrical components. The research team hopes that its robotic design could be used in the future to perform tasks in extremely confined spaces.

The robot crab the researchers created measures just half a millimeter wide, or roughly 0.02-inches across, and can move at a speed of about half of its body length every second. “Our technology enables it to walk with an average speed of half its body length per second,” added Yonggang Huang, who led the theoretical work. “This is very challenging to achieve at such small scales for terrestrial robots.” Unsurprisingly, it’s no speed demon, but like a tick that’s hopped onto your body during a hike in the woods, one of its biggest advantages is that it can move about without being detected, as it is both so small and incredibly lightweight.

In Comparison With Other Tiny Robots

Making tiny robots is not a new idea. They have been pictured in science fiction (i.e. G.I. Joe Series) for decades and scientists all around the globe have already successfully created microscopically small robots that can navigate inside living creatures, either for exploratory purposes or for delivering drugs to specific parts of the anatomy. But those robots are only constructed in such a way to simply drift through the liquids already moving through a body’s circulatory system. What the researchers at Northwestern University have accomplished, is building a robot that can be remotely steered without wires or a physical connection.

What Is It Made Of And How Does It Work?

Unlike many other robots, this crab wears no complex hardware or electrical components to power its locomotion. It’s made of a rubbery alloy with shape-retention properties. A thin glass coating squeezes the alloy into a slightly deformed shape. When researchers point a scanned laser beam at different locations on the crab’s body, those parts heat up and transform into their pre-deformed shape. As the hot parts cool, the alloy bounces back to its deformed shape.  During this process, the alloy changes form rapidly, causing the tiny crab to move from one spot to another. In essence, the laser becomes a remote-control device that activates the crab and even sets it to walk in a particular direction.

A tiny crab was just one form these micro-robots could take. The researchers also built similarly-sized bots that emulate the movements of inchworms, beetles, and crickets, but entirely different forms could be manufactured too, based on the environment where they would be operated.

“You might imagine micro-robots as agents to repair or assemble small structures or machines in industry or as surgical assistants to clear clogged arteries, to stop internal bleeding or to eliminate cancerous tumors – all in minimally invasive procedures,” says John A. Rogers-the project experimental lead.