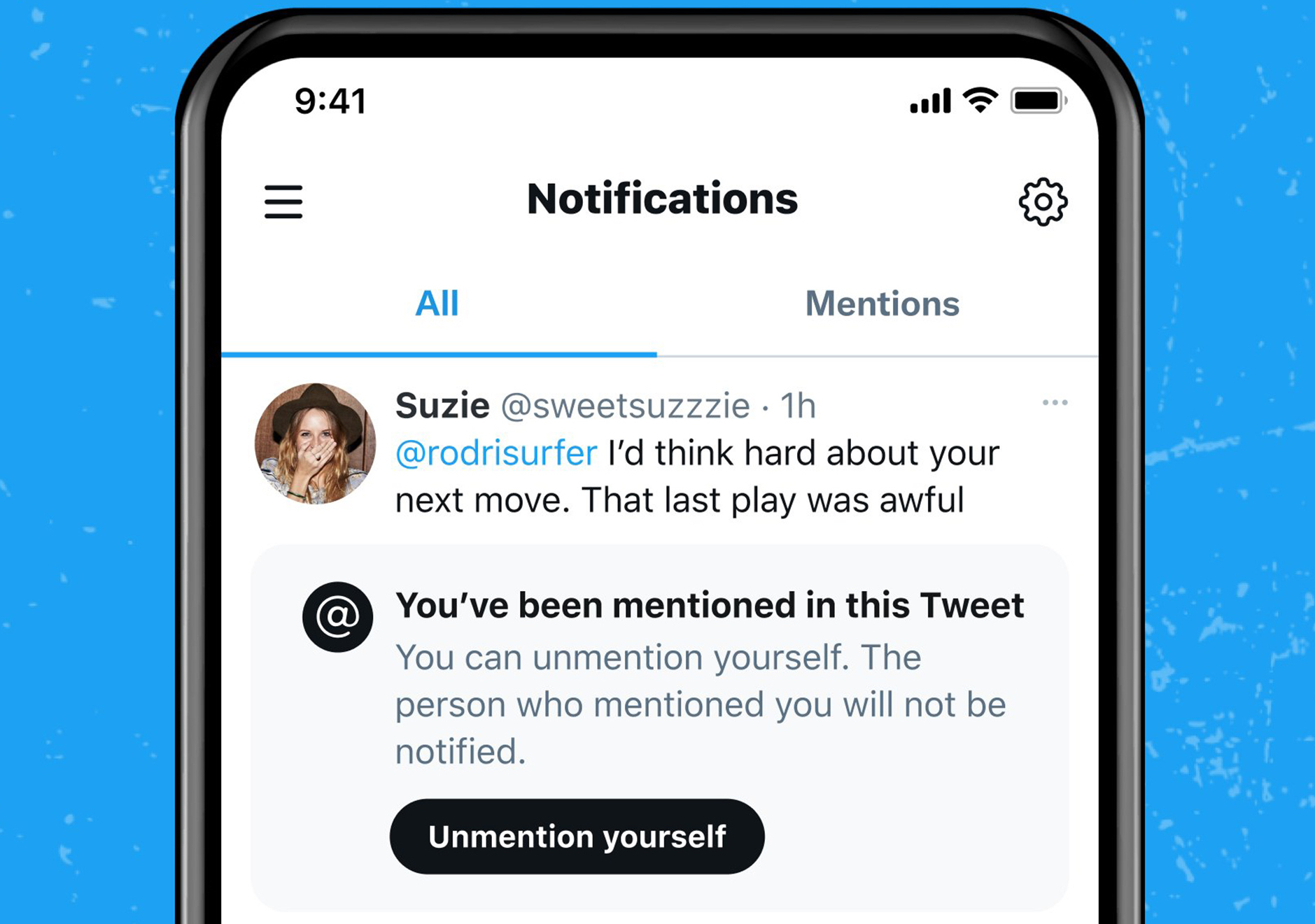 For years, there was no way to unmention yourself if someone mentioned you in a tweet. You were trapped there for people to view and visit your profile if the other person’s tweet was not very excellent.

Elon Musk recently purchased almost 10% of Twitter & has joined the company’s board of directors after that, he asked the public if they wanted a button to edit their tweets & after that, it looks like Twitter is going through major changes. Rumors say that, Elon Musk will become the CEO of Twitter within next 2 years.

On April 7th, 2022, Twitter announced that they will be rolling out this feature soon and have been testing it.

This feature removes your handle from all tweets and stops you from being tagged in any replies or receiving any more alerts.

According to a Twitter spokeswoman, activating the Unmention tool renders your username gray, however, you may still view the thread.

As of right now, no such feature ever existed on Twitter before.

When Will You Be Able To Unmention On Twitter?

In June 2021, Twitter privacy designer Dominic Camozzi revealed the Unmention function as a “concept” that would allow you to untag your username throughout a thread, preventing you from being mentioned again in that chat and preventing additional alerts.

After revealing Tuesday that it’s getting ready to test editable tweets on its premium subscription service, Twitter Blue, Unmention is the company’s latest push to give users greater control over their accounts.