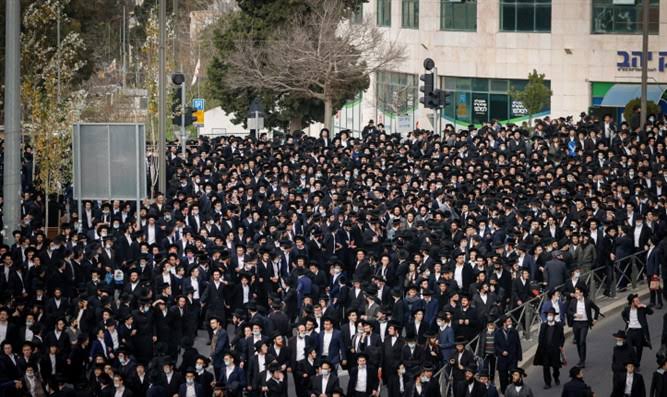 An ultra-Orthodox rabbi died Sunday in a city in central Israel, his funeral attended by hundreds of thousands.

As a child, he was raised in what was then British-ruled Palestine by his father, Rabbi Chaim Kanievsky, 94, one of the most influential scholars in the country’s religious community.

Born before the Holocaust, he was one of the few leaders of the ultra-Orthodox community in Israel who was well respected by many in the Jewish religious community.

A funeral procession from his home to a nearby cemetery was attended by over 350,000 people, according to Israeli media reports. He lived in Bnei Brak, a predominantly ultra-Orthodox city close to Tel Aviv where he was buried.

In the densely populated Tel Aviv area, the police closed several highways to traffic for several hours, and traffic was expected to flow slowly on other roads. The public was asked not to drive into the area.

As shown in aerial footage of Bnei Brak’s narrow streets for blocks around the late rabbi’s house, thousands of mourners filled the narrow streets, most dressed in black suits and black hats typical of ultra-Orthodox men.

Nearly every newspaper in the country carried Kanevsky’s death on the front page on Sunday, from the liberal Haaretz to the ultra-Orthodox Yated Neeman.