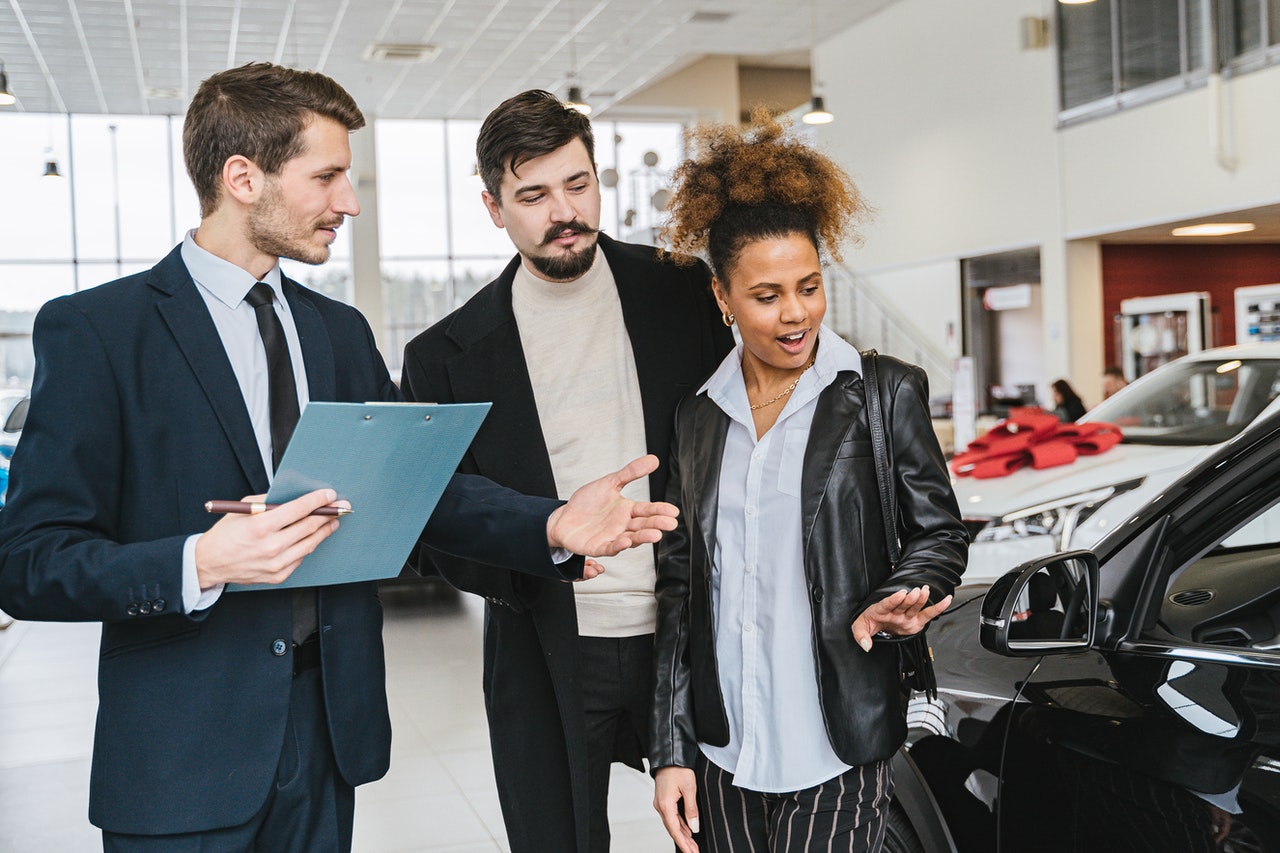 In the US, car prices have gone up as much as 40% in the past two years. On top of that, car dealerships are empty and struggling to get cars in their showroom to sell.

What Happened To The Car Market?

Car production in the United States plunged 23% in 2020, and it’s on track to drop another 8% this year. The drop in car manufacturing is more damaging to the market than it appears.

Ever since then, we have been playing catchup to get more cars built to meet the demand.

It also has more to do with auto loan interest rates dropping during the pandemic. Because financing rates were so cheap, many people bought vehicles even if they didn’t need one.

Why Are Used Car Prices So High?

When the production of new cars slowed down, people turned to buying more used cars.

Basic economic states that if supply goes up and demand isn’t there, then prices will go up too.

Right now, you might pay more for a used car from 2-3 years ago than a new car. But you will be able to drive that used car home today where that new car you might need to wait 2-3 months to get if there are no more delays (could be 6+ months before you get that new car).

Technically, car manufacturers have not raised their car prices during this time.

But the price of a new car (compared to the same car brand new 2 years ago) has gone up.

This is mainly due to the dealership charging more for your car. Not only will you have to wait 2-3 months or more in some case but some dealerships are charging you “fees” that can cost up to $20,000 or more for your new car.

Will We Ever Get Back To Normal?

The short answer is yes.

According to Automotive News and the consultancy company KPMG, used car prices should begin to decline. They believe that the automobile market will stabilize in the next 6 to 12 months. This is mostly due to people’s willingness to wait rather than pay more for a used car, leading used car pricing to return to normal in the near future.

For new cars, supply chain issues must be resolved, and manufacturing must return to normal levels, allowing supply and demand to balance. But it isn’t that easy. The biggest problem with modern car production is a shortage of chips. Chip and semiconductor production in Asia needs time to catch up with demand before vehicle manufacture can ramp up locally. However, it appears that the shortfall will last until 2023.

Last month, President Joe Biden announced a plan to open the nation’s busiest port, the Port of Los Angeles, 24 hours a day, seven days a week, to ease an unprecedented container ship traffic jam blamed for driving up consumer costs. This will help get the new vehicle market back on track more quickly.

Intel announced a $20 billion investment in two semiconductor factories in Ohio in January 2022. In the foreseeable future, this should also assist with chip scarcity.

The car market will eventually return to normal, though it may take a year or two. And by normal, we mean that used car costs will not exceed what you paid for the vehicle when it was new a few years ago. We also believe that after the chip shortage is resolved and car supply returns to normal, dealerships will no longer charge the extra costs that they do now.

What is happening now, however, should have a significant impact on the car market. Dealerships were established to protect customers, but in this market, they are exploiting customers. We also believe that further precautions should be taken so that, in the event of another shortage, we do not have to wait six months or more for new cars.