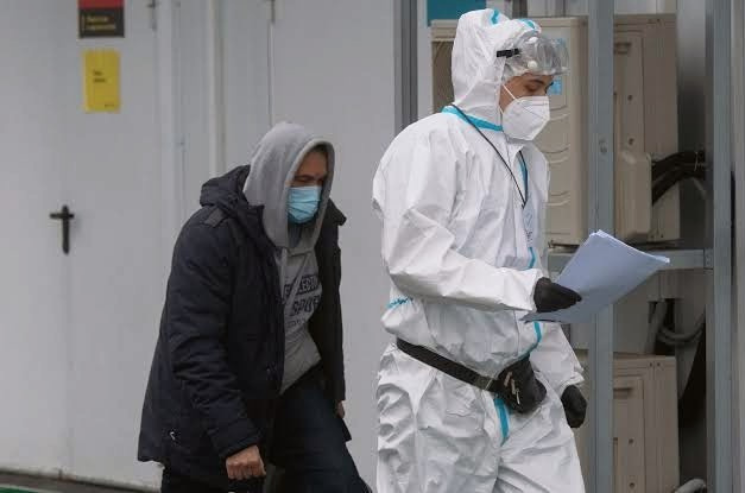 As the highly contagious omicron variant spreads across the vast country, the number of new Coronavirus infections in Russia spiked to over 110,000 on Saturday.

There were 113,122 new Coronavirus infections over the past 24 hours, which is an all-time high and a sevenfold increase from a few days ago, when there were about 15,000 infections per day.

According to the task force, 668 people died from COVID-19 in the past day, bringing the total number of deaths in Russia to 330,111, the highest number in Europe.

According to Kremlin spokesman Dmitry Peskov, “it is obvious that these figures are higher and possibly much higher,” because many people don’t get tested or aren’t suffering from symptoms.

In addition, the Kremlin spokesman acknowledged that numerous people within the presidential administration have become infected.

Although infections have surged, authorities have not imposed any major restrictions to contain the situation, saying the health system has been coping with the influx of patients.

Only one national lockdown has occurred in Russia, in 2020, but many people were forced to stay home last October due to an increase in reported cases and deaths.

It is estimated that more than 625,000 people died during the period April 2020 to October 2021 from virus-related illnesses in Russia, according to the country’s state statistics agency, which uses broader counting criteria than the task force.

Although Russia boasted about being the first country in the world to develop and approve a domestically produced coronavirus vaccine, just about half of its 146 million people have been fully vaccinated.