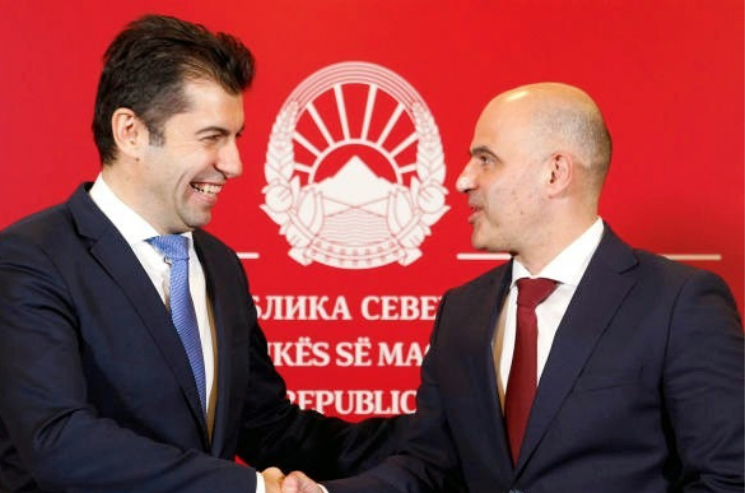 Tuesday, the governments of Bulgaria and North Macedonia held a joint session to strengthen their tense relations, which have been strained by a long-running dispute and a Bulgarian blockade of its Balkan neighbor’s European Union application.

Sofia, Bulgaria’s capital, is the location of the meeting between the two governments. A week ago, Bulgarian Prime Minister Kiril Petkov visited North Macedonia and vowed to work together with his counterpart in Skopje, Dimitar Kovacevski, to resolve their differences.

Two officials expressed the will to renew the dialogue on Tuesday in Sofia, saying that it was in the mutual interest of the two countries. Petkov stressed that good neighborly relations should be the focus of the effort.

“There are a lot of issues that were sidelined in the last years that will be addressed,” he said. “We have a lot to catch up on, but I hope it will be done quickly.”

Petkov and Kovacevski announced the creation of working groups to deal with cross-border infrastructure, trade, and investments between their Balkan neighbors, but currently there is no rail or air connection between them.

Concrete improvements are necessary to make the public realize the benefits of better cooperation and dialogue, said Kovacevski.

The Bulgarian government claimed that Skopje failed to honor parts of a friendship deal signed in 2017.

This particularly concerned shared history and language aspects. Previously, Skopje had to resolve another historic dispute with its southern neighbor, Greece, and ultimately announced that Macedonia would be renamed to North Macedonia.

In the Western Balkans, six countries are at varying stages of their quest to join the European Union. These include Albania, Bosnia and Herzegovina, Kosovo, Montenegro, North Macedonia, and Serbia. Serbia and Montenegro are at the forefront, while the dispute between Sofia and Skopje has also slowed Albania’s bid, which is tied to North Macedonia’s.