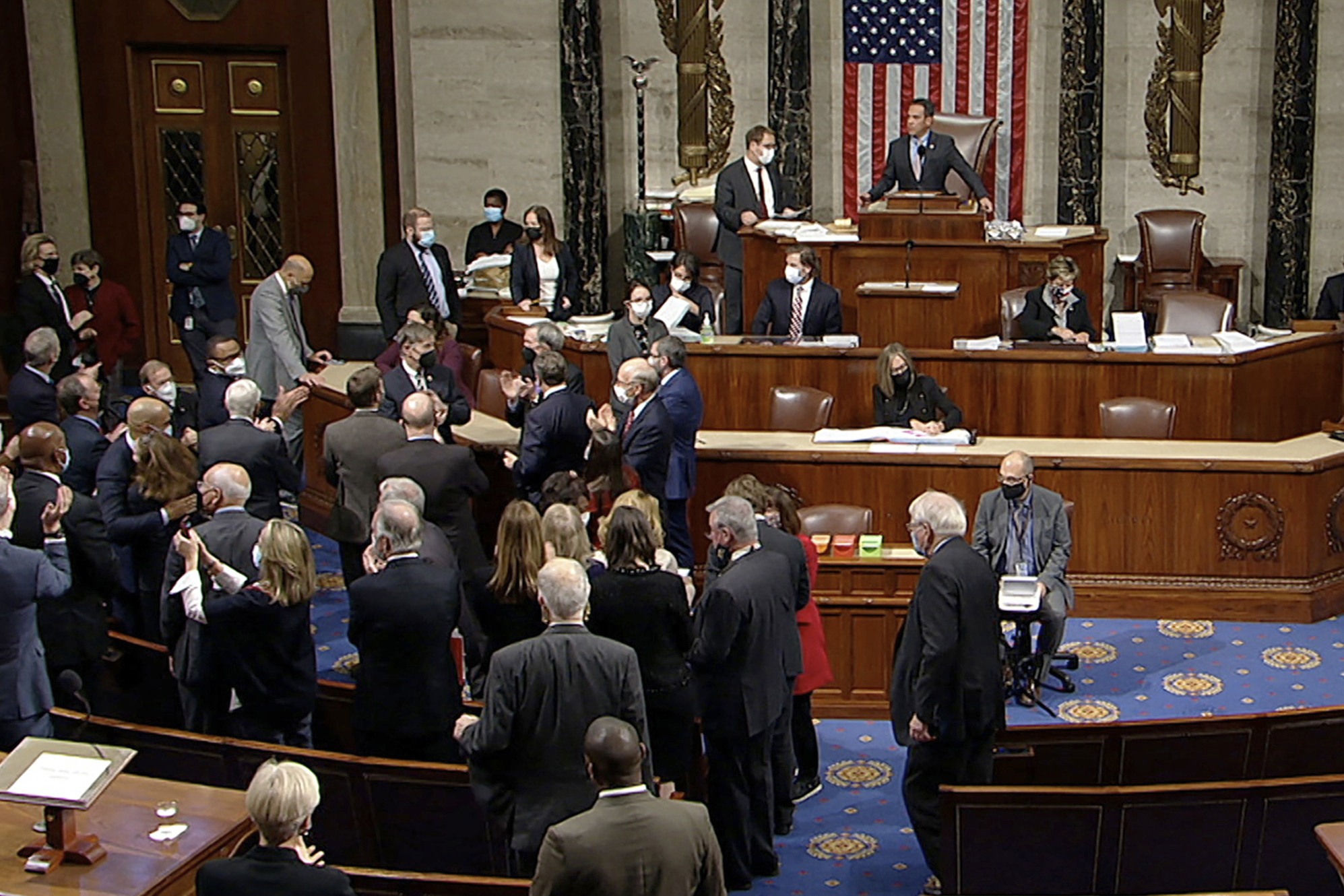 House Democrats are still in a dilemma to pass the $2 Trillion Social Infrastructure Relief Bill on the House before President Joe Biden’s departure on Thursday for Rome to attend a week of summits in Europe. The White House and Congressional Democrats are still searching a path to make a deal to pass this bipartisan bill.

House Speaker Nancy Pelosi is waiting for their agreement so that she can she could place it on the house floor for a vote before the President leaves on Thursday.

On Monday,  Biden, visited New Jersey to promote the infrastructure piece of his two-part plan said, “This is going to be good union jobs for a prevailing wage that you can raise a family on, jobs that can’t be outsourced.” He also added, “We’ll make the largest investment in public transportation in the history of America.”

In the Senate, the bill was passed amid the refusal of two centrist Democrats Joe Manchin of West Virginia and Kyrsten Sinema of Arizona to endorse the spending plan until their specific demands are met.

The estimated cost of the spending bill is being slashed from $3.5 trillion to between $1.5 and $2 trillion to satisfy Manchin, and Democrats are reworking on the original tax plan for the highest earners and corporations.

Democrats are trying to cut down the budget to make it more feasible by abandoning some proposals as providing free community college and instituting a clean electricity standard or shortening durations of some proposals like expanded Child Tax Credit and expanded Medicaid will expire within one or two years.

However, three popular expensive medical aid bills especially for hearing, vision, and dental care coverage are popular with voters and members, need $350 billion in total over a decade if not shortened by duration.

Bottom Line: The House democrats including House speaker Nancy Pelosi trying everything to unite all the democrats to pass the $2 Trillion Social Infrastructure Bill within Thursday.