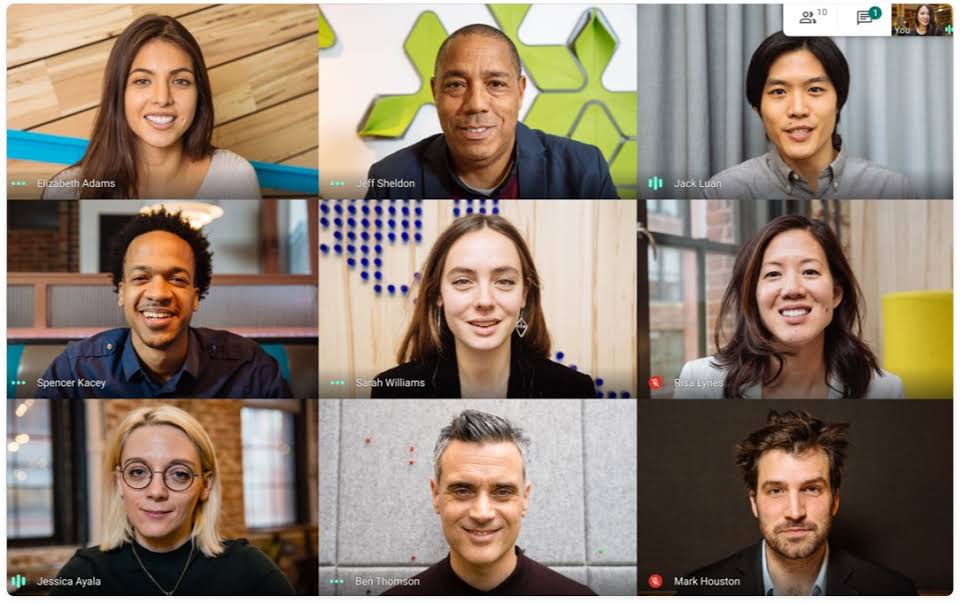 Between May and June 2021, Google Meet, Google’s video chatting platform, received numerous updates and design changes. Checking meeting code expiration, new administrator settings for joining meetings, updates to the Hand Raise feature, presenting from other Google programs, new languages supported for captions, and the most significant change is in the user interface.

The user interface has been completely redesigned. The interface is more user-friendly, allowing users to work more effectively. Other design changes include relocating all controls to the bottom of the screen and repositioning some controls. Google also moved the leave meeting button to the far right of the screen to prevent users from accidentally hanging up.

Furthermore, some aspects of the interface are more user-friendly, such as viewing your meeting attendees in squares with rounded corners, similar to a cellphone layout, making it appear more familiar.

Other features, such as Hand Raise and administrator settings, have also been improved. According to Google’s official release notes, participants will now receive a notification to lower their hand once they have finished speaking, and moderators will now see the order and number of raised hands.

To summarize, Google Meet has greatly improved and enabled users to be more productive. Because of an improved user interface, it is now easier to use.