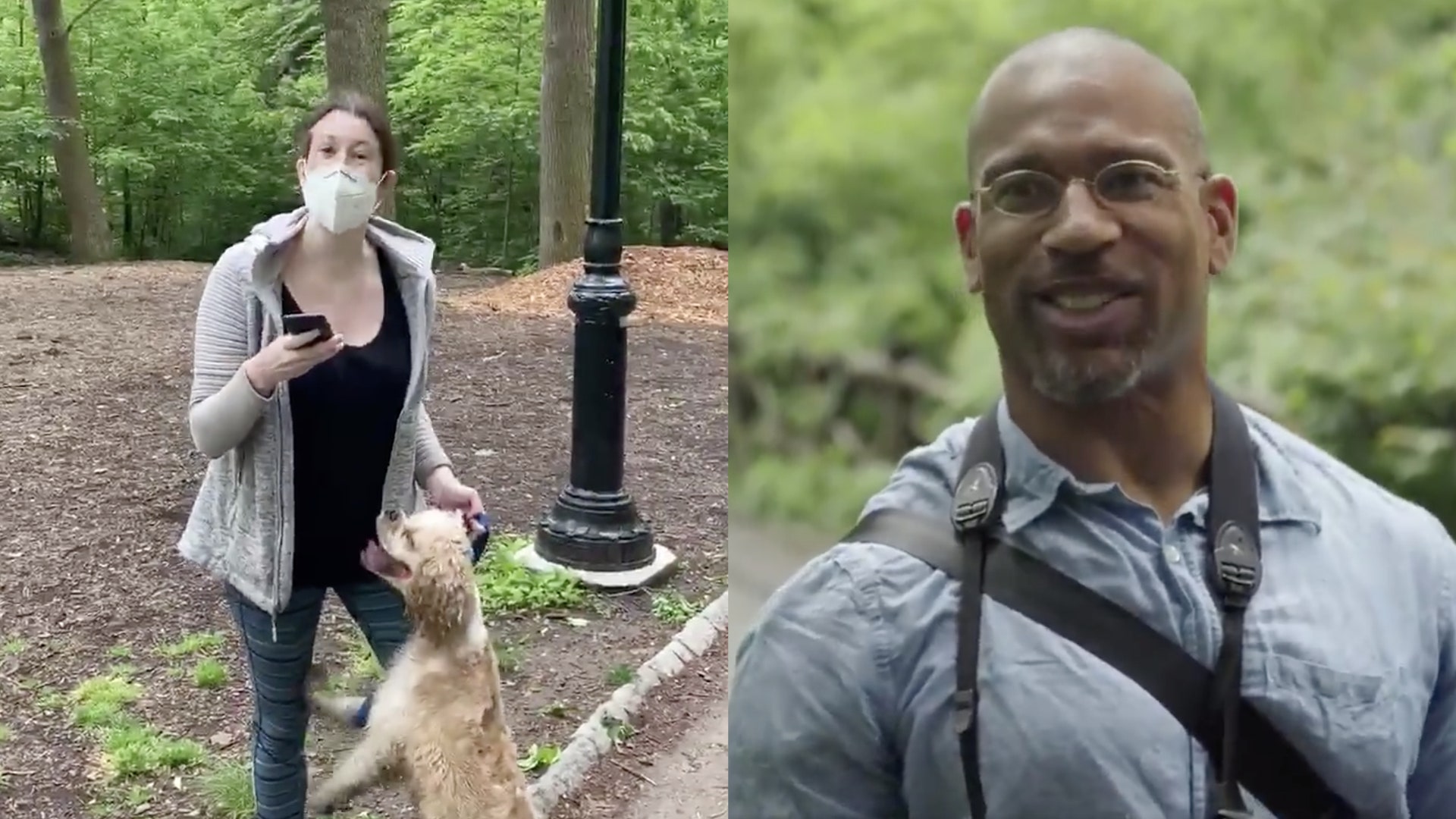 On the morning of May 25, 2020, Christian Cooper, a black man, was peacefully watching birds in a section of New York City’s Central Park known as the Rumble.

That same morning, Amy Cooper, a white woman with no relationship to Christian Cooper, was walking her dog unleashed in the same section of Central Park.

The Central Park Conservancy, which manages the park request that dogs in that part of the park must be on a leash.

When Christian noticed that Amy’s dog was unleashed and running around that area freely, he requested her to put her dog on the leash. She allegedly refused to do so.

Christian then stated, according to his own perspective, “Look, if you’re going to do what you want, I’m going to do what I want, but you’re not going to like it,” and beckoned the dog toward him with a dog treat.

Amy then yelled, “Don’t you touch my dog!” Christian then began recording on his cellphone.

In the video you can see that Amy starts approaching Christian and asking him to stop recording her. You can also hear her say that she’s going to call the cops.

You can see next that she calls 9-1-1 on her phone and proceeds to say “There is an African American man—I am in Central Park— he is recording me and threatening myself and my dog. Please send the cops immediately!”

The video ends there as Amy puts her dog on a leash and Christian thanks her for it.

Both people had left by the time police arrived, according to police.

But the damage was done!

Christian’s sister shared the video on Twitter, while Christian shared it on his personal Facebook page. The video on Twitter alone garnered almost 40 million views. Amy Cooper’s behavior in the video drew widespread condemnation. She was accused of fraudulently portraying herself as being in urgent physical danger, using a history of police distrust of black people.

Amy’s employer, Franklin Templeton, placed her on administrative leave the next day after watching the footage. The next day, she was sacked from her position as head of the firm’s insurance investment.

Oh, when Karens take a walk with their dogs off leash in the famous Bramble in NY’s Central Park, where it is clearly posted on signs that dogs MUST be leashed at all times, and someone like my brother (an avid birder) politely asks her to put her dog on the leash. pic.twitter.com/3YnzuATsDm

But why is this news now?

Amy Cooper filed a lawsuit against her former employer, Franklin Templeton, in May 2021 (almost exactly a year from the incident), citing anti-white discrimination as the basis for her dismissal as a result of the Central Park event.

In the past year, we’ve seen a lot of incidents where a white person has discriminated against a black person causing them to lose their job.

When we think about discrimination laws, we mostly think these laws were in place to protect other races from being discriminated against by white people.

But being white is also a race. And you cannot discriminate against someone just because they are white. We need to remember that just because someone is white does not mean they are racist.

But this case is special.

In our opinion, Amy was fired because she discriminated against Christian. We have video proof of her doing so. This would make it OK for a company to let her go because they do not stand against discrimination.

But Amy is arguing that the company is discriminating her.

But we can also agree that if you discriminate against someone because of their race or gender, you are in the wrong.

If your company hires someone that’s white over any other race just because they are white, this company just discriminated against every other applicant that wasn’t white. Not only with this company face legal action against them but their reputation would be ruined by social media and online reviews.

When a CEO does something that the public does not like, he or she must step down from their position at the company. Even if the CEO did something in their personal life, they would still lose their job in their professional life.

We believe that the same thing applies to individual employees as well. If an employee does something in their personal life that affects the companies image, the company has all rights to hold this employee responsible and take actions against them.

Amy is seeking back pay and bonuses. She’s also asking her former company to pay for any emotional distress damage, attorney fees, and any other cost.

Franklin Templeton maintains that the company did nothing wrong and fully investigated before firing Amy.

Amy also faced a misdemeanor charge for filing a false report to the police but the charge was dropped after she completed restorative justice sessions.