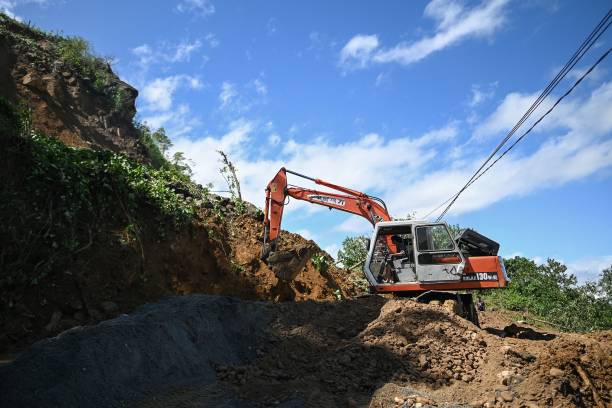 According to authorities, at least 15 people were killed in a landslide at a gold mine in Guinea’s northeastern region of Siguiri, as rescuers continued to hunt for survivors on Sunday.

Sekou Biniou Simagan, a local councillor, said an artisanal mine near the village of Tatakourou collapsed on Saturday, killing the miners instantly.

By Saturday evening, the bodies of the 15 artisanal miners, all of whom were male and aged 14 to 40, had been recovered. Following burial rites, they were buried in a mass grave.

Volunteers rescued two colleagues, according to Sinaman Traore, a gold panner at the mine.

Accidents at artisanal mines have been reported in the West African country, especially near Siguiri near the Mali border, where more than 20,000 gold miners are officially active every day.

In February 2019, a landslide killed at least 17 covert miners, with another dozen killed nine months later.

Despite the country’s rich mineral resources such as bauxite, diamonds, and gold, the majority of the population struggles to make ends meet on a daily basis, with the UN estimating that one in every two people live in poverty.