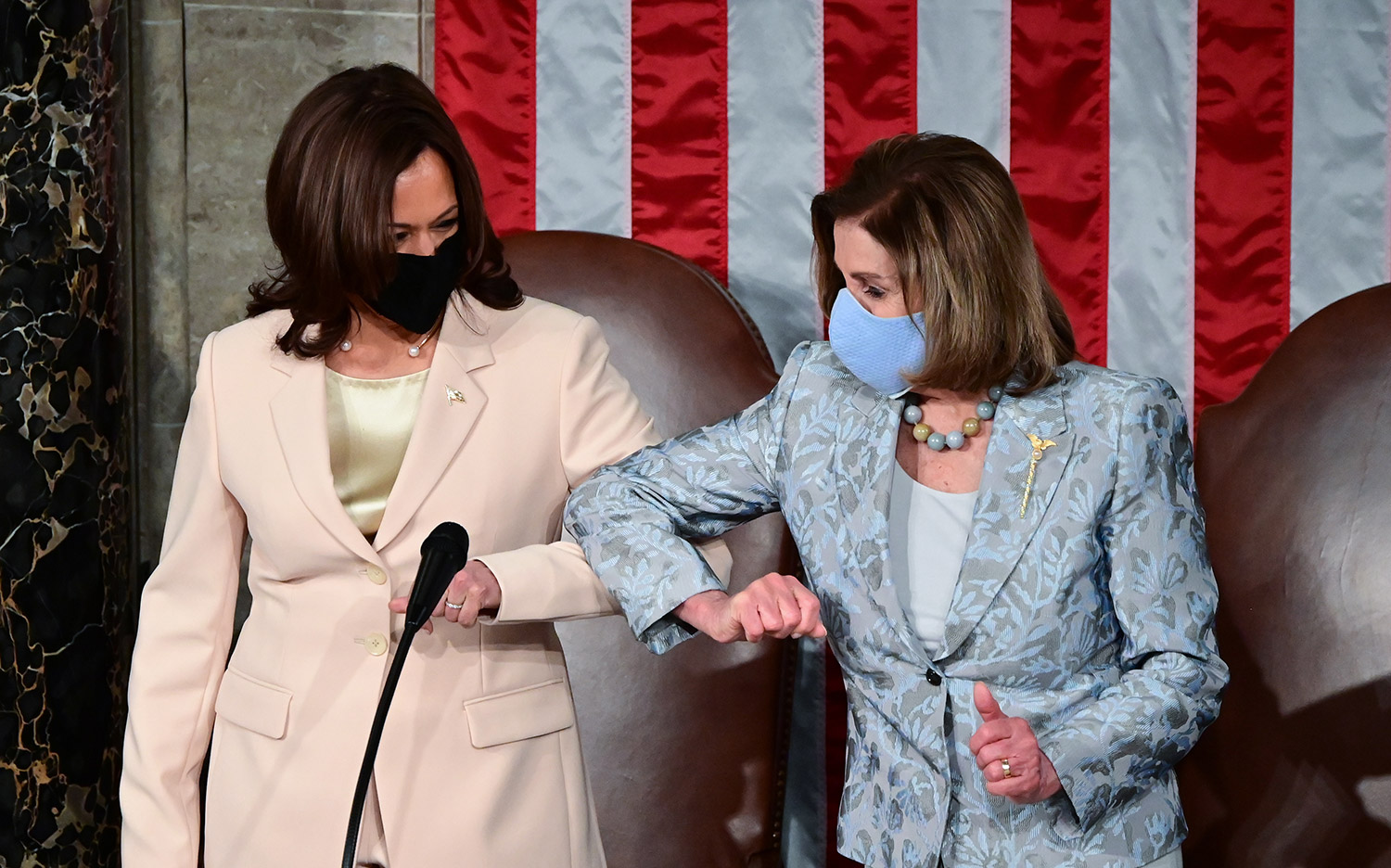 Never before has the president delivered a speech to a joint session of Congress while flanked by two women. “Madam Speaker, Madam Vice President,” so began Joe Biden’s first address to Congress. This is what he said ,“No president has ever said those words from this podium, and it’s about time,” President Biden said during his address Wednesday as he marked nearly 100 days in office.

During the address, Biden recognized his policy achievements, including passing a historic COVID- 19 relief package and introducing substantial proposals on infrastructure, child care, and education, and urged Congress to pass legislation on gun reform, immigration, and police reform.

During his nearly one-hour address, the two most powerful women in U.S politics sat behind the president, both wearing masks and Pelosi had this to say: “I made history when I was the first Speaker to be standing behind President Bush, and he made note of that.

Kamala Harris is the first Black person, first South Asian person, and first woman to be elected vice president.She and Speaker Pelosi shared a friendly elbow bump while standing behind the podium ahead of President Biden’s address.
Brenda Lawrence (D-MI) said the significance of seeing two women behind the podium “is nothing short of historic” “As the young Black girl who grew up on the eastside of Detroit who walks the halls of Congress built by slaves, this history is not lost on me,”.

Emba wrote that: “It feels darkly symbolic that the story of female political progress has culminated in the image of two accomplished, top-of-their-game women standing behind a collegial White man” On social media, people widely celebrated the moment. But One person called it “a to be an American woman”.