Oklahoma’s Inhofe Confirms He Is Resigning US Senate Seat 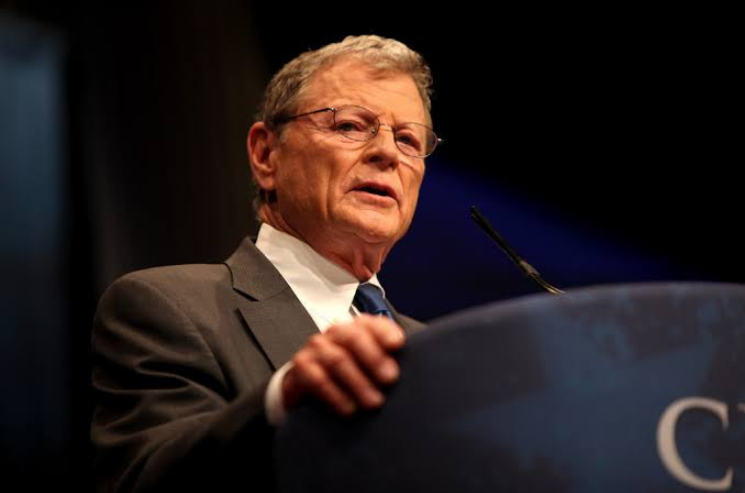 Oklahoma Senator Jim Inhofe has announced his decision to step down before the end of his six-year term as the Senate Armed Services Committee’s ranking Republican. Inhofe says he is “absolutely” comfortable making the decision.

His wife, Kay, and he “have decided that we need to spend more time with each other,” Inhofe said Friday in an interview published by The Oklahoman.” Inhofe, 87, said of his wife: “I’m looking forward to spending more time with her.”.

After inhofe departure, a special election will be held to elect his replacement since Inhofe has held the seat since 1994.

In 2020, Inhofe won a fifth term in the Senate, and he said he would serve until the first session of Congress begins in January.

Inhofe told the newspaper he didn’t make a final decision until two or three weeks ago. “There has to be one day when you say, ‘OK, this is the end.'”

Oklahoma law stipulates that if a state legislator announces their intention to retire before March 1, the governor is required to call a special election. This is the reason Inhofe announced his retirement at this time.

The special election will take place in conjunction with the statewide primaries, runoffs, and general election, part of the midterm elections.

Democrats have not been elected to the Senate in Oklahoma since 1990; Republicans will be heavily favored to retain the seat and are expected to win the election by a large margin.

In response to Inhofe’s announcement, Republicans planning to run for the seat are likely to announce the details of their campaigns.

Former Oklahoma House Speaker T.W. Shannon, who ran for the U.S. Senate in 2014, is expected to consider the race. Other potential candidates are Republican Congressmen Kevin Hern, Markwayne Mullin and Tulsa attorney Gentner Drummond who is Currently running for attorney general.

Inhofe endorsed his chief of staff, Luke Holland, for the position of his successor in an interview with The Oklahoman.The Oklahoma filing period will begin on April 13 and last three days.