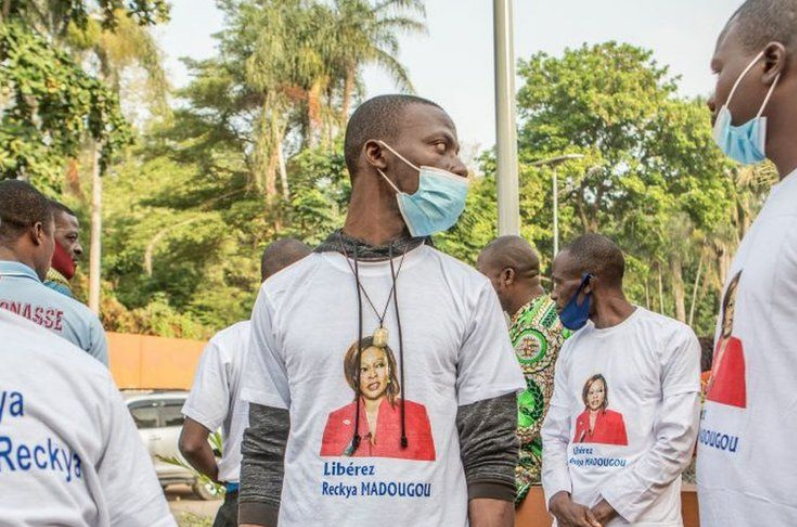 The 20-year sentence handed to opposition leader Reckya Madougou is a message from the government that it will not tolerate any form of democracy, her lawyer said.

In the early hours of Saturday, a special court convicted Madougou for financing terrorism.

It was the second jailing of an opposition figure within a week.

The democratic principles of Benin once heralded as an example to the restorative powers in Africa have continued their downward spiral, with rights groups saying that under Patrice Talon’s presidency there has been a notable shift towards autocracy.

The first time he was elected was in 2016, when he defeated the outgoing president’s favourite candidate. This year, however, all of his main opponents, including Madougou, were prevented from running in the presidential election, which he won with 86% of the vote.

During the week leading up to April’s voting, Madougou was arrested.

It has been a difficult year for the former Justice Minister. She was accused of trying to destabilize the country by providing funds for people plotting to assassinate leading politicians – charges which her supporters said were Fabrication.

According to her legal team, her trial lasted less than a day with no evidence being presented.
Madougou’s lawyer Renaud Agbodjo said after the verdict on Saturday that the ruling was a “dark day for democracy in the country.”
The conviction that she received represents the death of democracy in Benin.”
“I am not a terrorist. I shall never be one,” Madougou told the court just prior to the verdict being read.

According to her, if the verdict of guilty helped people reflects on what’s going on in the country then her suffering won’t have been wasted.

Joel Aivo, another opposition figure, was also sentenced to 10 years by the same court in Porto-Novo on Tuesday for plotting against the state.
The former justice minister was accused of trying to destabilize the country by providing funds for people plotting to assassinate leading politicians. Her supporters said that these charges were nothing more than a fabrication, but an investigation is still ongoing.

This year, Amnesty International again characterized the situation in Benin as “alarming”. The rights group said that people are not free to express themselves and assembly laws were being unfairly imposed on them. Police abuse has also been reported