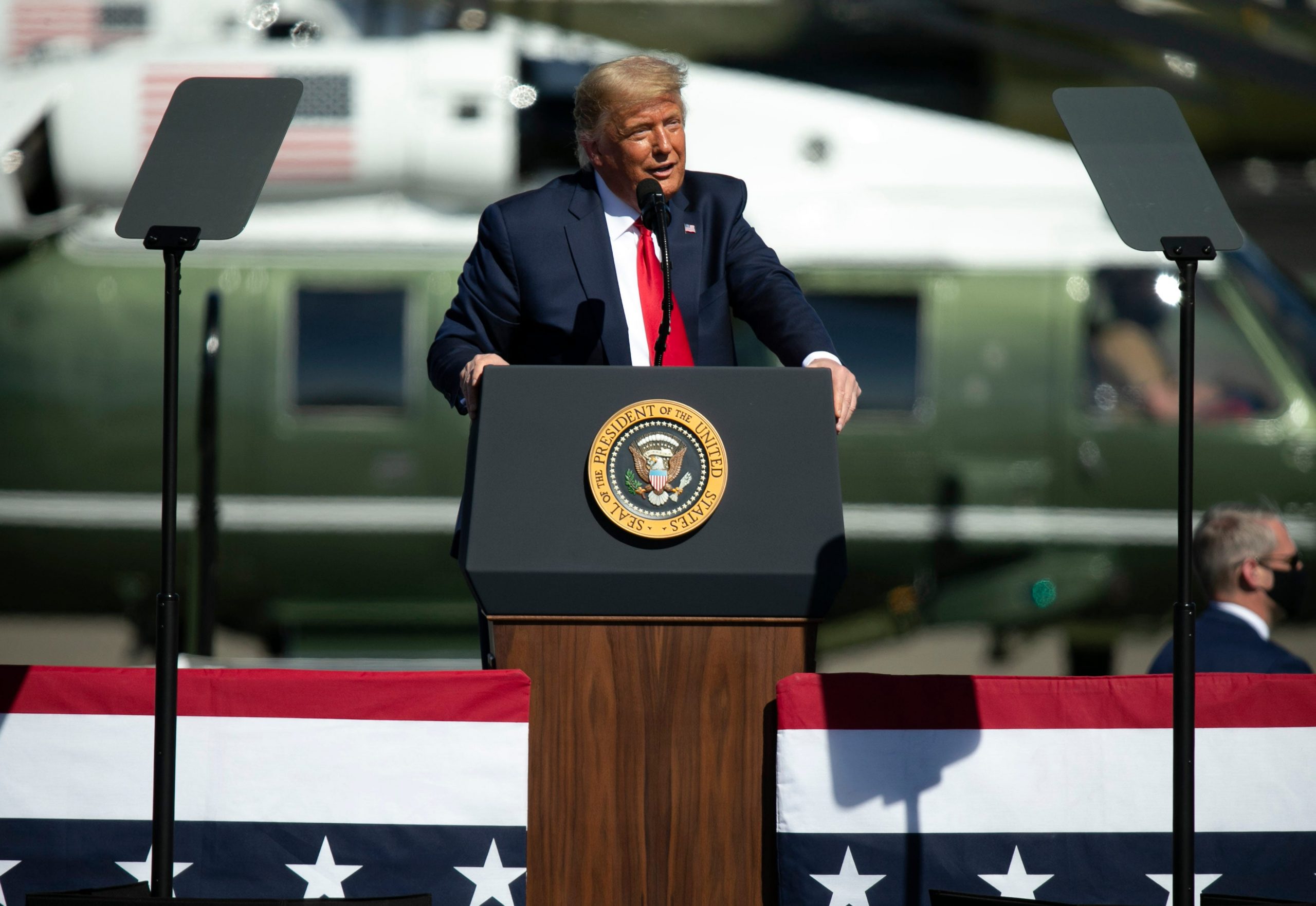 She was talking to Jim Acosta about Trump’s “protect our elections” rally on CNN. Hobbs, ahead of Donald Trump’s Arizona visit, was of the view that he was coming to “peddle his baseless conspiracy theories about voter fraud”.

While talking to Acosta on CNN, she called Trump a “sore loser”, and advised him to take his loss and move on.

Katie Hobbs has been a critic of the vote audit going on in Maricopa county ever since it started. Her office, which is also responsible for overseeing and certifying elections, has also expressed reservations over how the partisan vote audit is being carried out in the biggest county of Arizona.

When asked about the color-coded shirts the representative of her office were made to wear, she replied:

“This whole thing is a joke.”

She has previously termed the GOP-led audit as fraud and even tweets regularly with the hashtag “ #fraudit ”.

“Arizona can’t afford a government-run by conspiracy theorists who back the #fraudit and won’t move on from the Big Lie. That’s why I’m running for governor.” she tweeted about the audit a few days back.

She made similar statements on CNN on Friday.

“Arizonians are tired of being led by conspiracy theorists,” Hobbs said. “They don’t support this fake audit”. She also stressed the need for the politicians to put aside their “partisan games” and to deal with the actual challenges that Arizona faces today.

It is important to note here that the results of the ongoing audit will have no impact on the results of the elections whatsoever. But Katie Hobbs, most Democrats, and even many Republicans are concerned about what it could mean for the Americans’ trust in the electoral system.

“The bottom line is it doesn’t matter what he says or does,” said Katie during the interview. “Nothing is going to change the outcome of the 2020 election. But it also doesn’t change how dangerous this is.”

Despite reservations and criticism by many, Donald Trump’s “Rally to protect our elections” took place as planned. The rally was hosted by Turning Point Action, a conservative organization founded by Charlie Kirk. TPA is headquartered in Phoenix.

Trump, speaking to the rally, repeated his claims of voter fraud in the 2020 elections and accused the Democrats of cheating. Trump said that the ongoing vote audit will vindicate him and prove his claims of election fraud. The former President ripped the Republican Governor of Arizona, Doug Ducey, among his other rivals, during his address at the Arizona Federal Theatre. He called the Republicans who refused to lend their support to Trump, RINOs – Republicans in name only and termed them as “weak”.

Responding to his critics, Trump said:

The controversial partisan audit led by a Republican Senate in Maricopa county, Arizona, has been going on for months now. The unusual audit was ordered by the state’s Republican-controlled Senate and a private firm by the name of “Cyber Ninja” was hired for the task.

A government recount has previously confirmed President Biden’s victory in Maricopa county, which is home to 60 percent of the state’s population. There were no faults found with the election equipment either. Biden won the state by over 10,000 votes in what was the first Democratic victory for a Presidential candidate in Arizona in 24 years. While the Cyber Ninja audit may not be able to impact election results in any way, the audit itself is a clear indication of the growing polarization in American politics.